An illustrative example of a paper LBO is provided below in 5 simple steps. In a paper LBO exercise, you will be expected to complete the important components of a working LBO model with the use of paper and pencil and without the use of a computer.

Given LBO Parameters and Assumptions

1. Calculate the purchase price of ABC.

Using a 5.0x entry multiple, calculate the price paid by multiplying by Year 1 EBITDA. $40 million in EBITDA (which represents a 40% EBITDA margin on $100 million in revenue) multiplied by 5. The purchase price is $200 million.

2. Calculate the debt and equity funding amounts used for the purchase price. 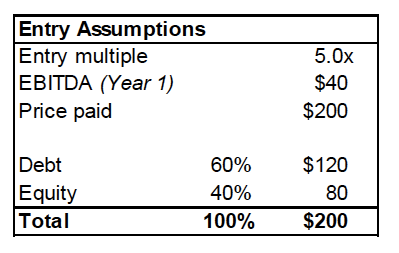 (Notice that, because the exit value at the end of Year 5 will be based on a forward EBITDA multiple, we must calculate six year’s worth of income statement, not 5. Also note that the numbers might not agree perfectly because of rounding. It is reasonable to round your intermediate calculations to the nearest integer in carrying over calculations to the next step.)

The following is the full paper LBO case study exhibit, calculated using Excel rather than pen and paper. As a result, some of the numbers might be slightly different, as rounding has been eliminated: 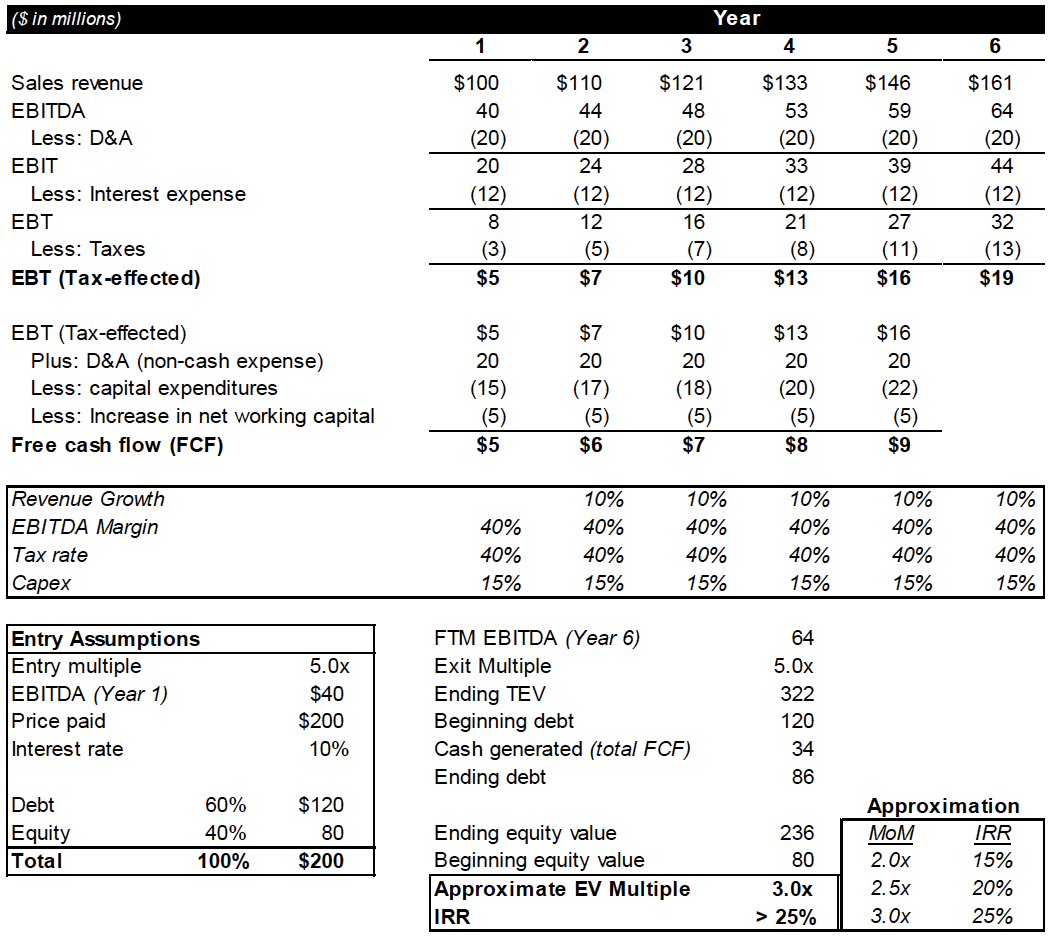 Make sure to take your time and calculate every formula correctly since this is not a race, and any error that you make will flow through the model you’re building. If you catch a mistake part-way through, you will have to go back and correct it—sometimes causing you to have to recalculate nearly everything, and possibly leading to compounding mistakes on top of the original one.

In addition, the interviewer will ask you to walk through your thought process and calculations. Thus it is important to be able to build the proper paper LBO in simple, accurate steps, and make sure you can walk through the reasoning regarding the process and each calculation. This takes practice, so be sure to practice at least one more paper LBO before your next private equity interview.

Good luck on the case!