Investment banking league tables list the annual leaders in the iBanking community.  This data is collected and made popular by Dealogic and Thomson Financial.

League table rankings are generally ranked by Market Share which is calculated as a percentage of total deal volume that happened during the current year.  For example, during 2010 JPMorgan Chase was ranked #1 in both M&A and Capital Markets Activity.

A lot of the time candidates will look to Investment Banking League Tables to better understand the top banks in the industry.

Here’s an example of what a league table might look like. This was done to show the top advisers YTD 2011: 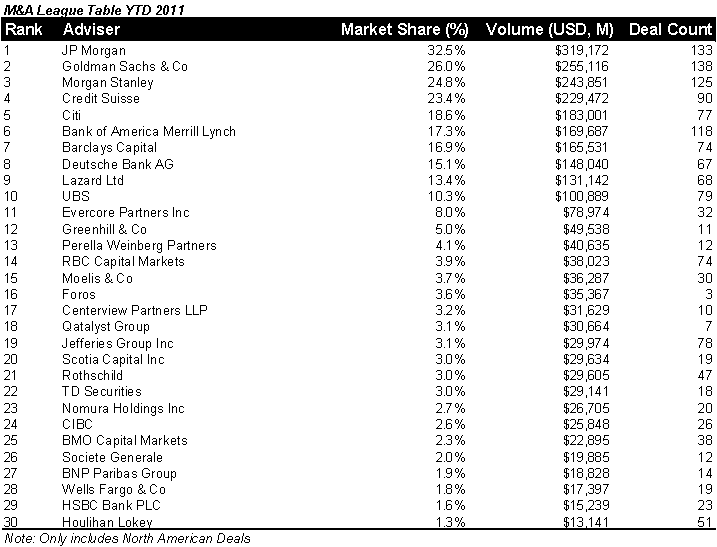