Established in 1976, KKR is a leading global alternative asset manager. Led by founders, Henry Kravis and George Roberts, KKR specialized in large, complex buyouts. In 2010, KKR had $61 billion of assets under management, of which $46.2 billion was allocated to private equity. Some of the landmark achievements of the firm include the first billion dollar buyout transaction (Wometco Enterprises in 1984), largest buyout in US history (Energy Future Holdings Corp. in 2007 for $48.4 billion), the first buyout of a public company by tender offer (Malone & Hyde in 1984 for $350 million) and the largest LBO in Europe (Alliance Boots in 2007 for £12.4 billion).

The firm has a strong and respected culture among the private equity world. Their core values include Integrity, Respect, Teamwork, Excellence and Innovation, Accountability, Fortitude and Sharing.

The private equity firm became famous by its 1989 buyout of RJR Nabisco, which inspired the Barbarians at the Gate book and movie.

KKR went public on July 28, 2008. The firm is based in NYC with additional offices across US, Europe, Australia and Asia.

KKR, Vestar Capital Partners and Centerview Partners entered into an agreement to acquire Del Monte Foods for $19.00 per share in cash. The three investors are also collectively called the “Sponsors.” The transaction is valued at approximately $5.3 billion, including the assumption of approximately $1.3 billion in net debt. This price represents a premium of approximately 40% over Del Monte’s average closing share price during the past three months prior to November 18, 2010, when market rumors of a transaction began, and is also higher than any price the Company’s stock has ever achieved according to KKR. Del Monte has built its business over the years into a leading branded pet and consumer products company with more than $3.7 billion in revenue. 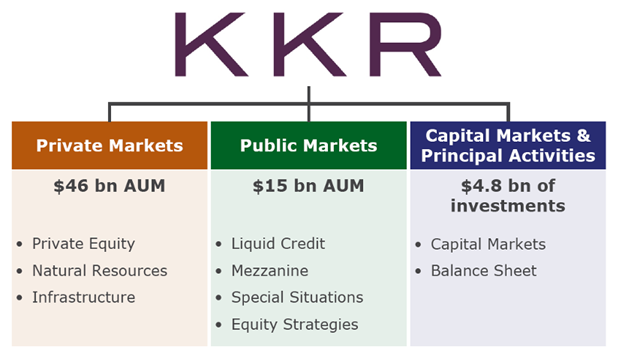 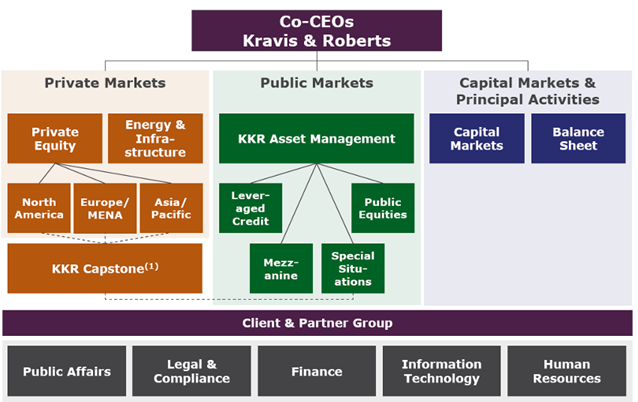